In 2016 the Grimaldi Forum once again reduced its environmental impact

Every first quarter is an opportunity for the Grimaldi Forum’s Green team to analyze the results recorded in its priority action areas, and thus to measure the effectiveness of the environmental management system implemented within the Principality’s Congress and Culture Center since its ISO 14001 certification in October 2008. We should recall that its efforts are focused on optimized and sustainable water management, energy control, waste sorting and recycling, an eco-responsible procurement policy, good risk management and active communication.

The consumption curve has marked a new inflexion by passing under the first time under the bar of 8,000m3 annually, which is 13% less than in 2015. This has had direct consequences: the Monegasque Congress Center has achieved its best ratio of consumption per visitor, namely 35 litres against 48 in 2015.  These are significant results which have been achieved through increasingly fine-tuned equipment, enabling faster interventions in the case of leaks, but also through a proactive policy of investment and innovation, carried out over several years. The removal of two small outdoor water basins on the esplanade is also part of this reduction effort.

In terms of energy efficiency, 2016 will remain the year of the best ratio reached by the Grimaldi Forum (since it has become certified) between the grow power consumption and the occupancy load of the building.

This historic result offsets consumption, which has slightly increased by 3%, precisely because of the increase in activity. We should recall that the building, equipped with 20,000 data recovery points, is managed through a centralized management system allowing for an optimization of energy consumption. The move of the lamp park towards LED lighting continues, mainly with the equipment of the Ravel exhibition space: all while improving the quality of the lighting, 834 traditional lamps have been replaced by 354 LED lamps with a lifespan that is 10 times greater, thus reducing the consumption of the park by 31%, which is equivalent to a gain of 42,000 Kwh/year.

This new, more economical lighting has also been adopted in the Salle des Princes grill, the emergency staircases, the ticket office and skybox corridors. Finally, an energy performance contract was signed with SOGET, the on-site hot-cold equipment provider, which made it possible to invest in the commissioning of a latest-generation set. Ultimately, this state-of-the-art equipment should lower overall electrical consumption by 8 to 10%, which translates to savings of close to a million Kwh!

Finally, the sorting rate, which has been falling since 2015 with the end of the building’s transformation work, has again progressed towards the goal of 50% sorted and revalued waste by 2018. The implementation of a new brown cardboard compactor, made available since the summer by the Monegasque Sanitation Company, has fully satisfied expectations. Another positive point: scrap metal recycling has seen a net increase, going from 2.9T in 2015 to 6.8T in 2016. The selective sorting of waste, which will form the new priority area this year for the Grimaldi Forum’s ISO 14001 certification, will be the subject of an awareness campaign, not only in-house, but also with outside entities, with exchanges of good practices scheduled with the Forum’s tourism partners.

The objective of reducing paper consumption was once again achieved. With -2.7%, the annual administrative consumption of paper remains below the threshold of 1,000 reams (A3/A4). This excellent result obtained in a context of increased activities is due notably to the introduction of new dematerialization procedures in the administrative and accounting areas, as well as in the management and follow-up of event files. 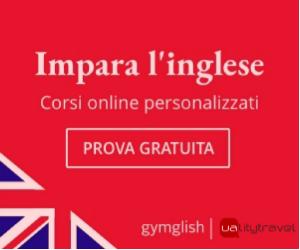